It's been far too long, and it's time for another project update. We've been hard at work on the core of the software that will power the project. We've also been spending time running around meeting people passionate about local media and planning out many things to come. 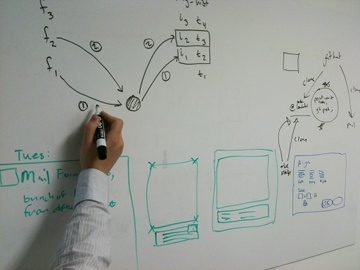 Most of you know about the Davis Wiki, but what you may not know is that we developed the custom software that powers it ourselves. Back in 2004 there was just nothing else that could do everything you see on the Davis Wiki while being easy enough for most people to use. Developing the custom software was well worth the effort, but the more we learned along the way, the more we wished we could change some of the choices we had made early on and build on a better foundation.

When we got the opportunity to embark on the LocalWiki project, we knew this was our chance to take another look at the core of wiki software and rebuild it using today's technology and the lessons we learned from years of experience and analysis of other wiki engines' code. At the lowest level, one of the things we learned was that providing even the most basic wiki features like editing and versioning pages was difficult and cumbersome. What's worse, if done wrong these things made it downright painful for developers to add more complex features — for instance, while there may have been lots of code to help save and track versions of pages, that code couldn't be used to help someone save and track versions of map points.

By laying a solid foundation for the LocalWiki software, we'll not only make it easier for others to create basic wiki-like systems but also allow us to go farther with our vision of the best software for local communities to collaborate on information.

In the past couple of months we've written an extensive versioning system for the Django framework that will allow us to simplify later development; explored and refined ways to show changes between different objects, especially rendered HTML pages; began the work on our graphic editor interface; and done lots and lots of research on different technologies.

Opening up our development process

We want the LocalWiki project to have an open-from-the-start development process. As such, while the code isn't ready for casual contributors quite yet, we are fully opening our development process. While we have experience working in the open-source world, one thing we're new at is working full-time alongside other folks. We'll probably make some mistakes, but we want to get this right.

Are you an experienced developer who wants to get involved? Please sign up for our developer mailing list — we'll be sending out a super-geeky developer update in the next day or two.

A (tiny) space to call our own 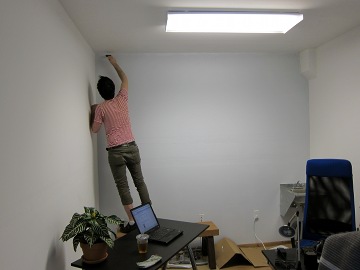 A little over a week ago we moved into a little hole-in-the-wall office space. After working out of a coworking space for the first two months, we felt we could be more productive without the distractions that come with sharing a space with so many (admittedly, incredibly nice and professional) people. The space in the Mission District in San Francisco is tiny and barely fits two desks, but it's quiet, it's convenient, and we can stay here late into the night working. After spending a weekend furnishing it, the new space has made a huge difference in our comfort, communication, and ability to work for hours on end without interruptions. It also turns out to be cheaper than the coworking setup, which is a nice bonus.